According to Thoth, the Essenes are a select group of Priest who initially came from Egypt.  They were taught the secrets of the Universe by Akhenaten before his murder  / disappearance during his 17 year rule.  These men and women, of which there were 300 left Egypt in the middle of the night when Akhenaten disappeared.  Taking their knowledge west.

For many centuries little was known about these people.  How the lived and what they believed was mostly lost.  It is known that Jesus of Nazareth spent many years with the Essenes and it was thought that his teachings were his own until the written history of these ancient people were found.   The "Dead Sea Scrolls" as they have come to be known are a confirmation of many of the stories in the bible.  Giving historical and archaeological evidence to what some say is legend.

One of the most interesting books I have read on the Essenes comes from Dolores Cannon. "Jesus and the Essenes"  For those who aren't aware of the life long work of Dolores Cannon I highly recommend you seek her books out.  She died a few year back but her body of work will live on.

Dolores is renowned for being able to put people into hypnotic trances and delving deep into past lives.  One of her subjects remembers being an Essene and one of the members of the group assigned to teach not only Jesus but also John (the Baptist).  It was very interesting to go on the journey with the subject because the way Dolores explores their subconscious it's like we are talking to the person in that era as they are living it.  Which also means until they have lived it they don't know what's to happen.  So we get the hear the prophecy and how the Essene's knew who the mother of the messiah would be (using astrology by the way) and the signs of his arrival (the star etc).

From this book we understand that even in their times they were almost self appointed outcasts.  they kept to themselves and were very secretive about their knowledge.  Different members of the society were tasked with a life of learning a single subject or group of subjects so as to become as expert. They did wear white robes, they did live in the mountains away from the towns, they did understand esoteric truths that regular people of the day did not.  Women were equal and were not only educated but were highly respected and acted as teachers also.

The fact that so much of this civilization has been lost is sad.  But has it really been lost.  It appears that the teaching of Jesus is the teaching of the Essene.  Can Christianity be the world wide spread of Essene knowledge? from what I heard and what I know of the bible, it appears so.

What do you think? 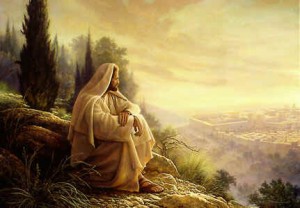 One thought on “Essenes”