MY THREE FAVORITE STOCK PHOTO AGENCIES AND HOW THEY PAY

When I decided to try my hand at stock photography, I was intimidated to get started. Now I contribute to five different online agencies and I’m having a lot of fun with it.

There are a lot of similarities among agencies, but each one has a different pricing model and royalty structure. Here’s a peek into how my sales have been going and the royalty structure at my favorite three agencies:

** 1. Shutterstock.com is my number one agency for downloads and income. With only 33 photos on the site, I’ve had 574 downloads for a total of $208 in income.

Shutterstock is one of the hardest agencies to get accepted into, and the pay per download is relatively small. It has very strict criteria for its images, too... my acceptance rate is just over 50% which means half of the photos I submit there are rejected.

BUT the great thing about Shutterstock is that as soon as I got accepted, I started making money. And the sales roll in consistently every week. A number of other stock photographers I know have reported the same thing.

There are a number of other ways you can earn royalties at Shutterstock, too, but that’s a story for another newsletter.

** 2. iStock.com is my number two agency for income, though the money per image is better than at Shutterstock. With a portfolio of 60 images at iStock, I’ve had 103 downloads, and made $119.

Non-exclusive photographers earn 15% to 20% royalties on the credits used to buy their photo, depending on how many downloads they had in the previous year. Either way, the larger the photo a buyer purchases from your portfolio, the more money you make.

Royalties for non-exclusives range from $0.19 for an extra small (XSmall) photo to $8.10 for a triple extra large photo (XXXLarge).

Exclusive photographers can also choose to include their photos in higher-priced collections on iStockphoto.com, such as “Exclusive Plus” and “Vetta Collection.” Because of the higher prices in these collections, the royalties earned per sale can be significant.

Dreamstime.com is my fourth-best earning agency, but it’s one of my top three favorites because of its unusual royalty structure (below). With a portfolio of 57 images, I’ve had 32 downloads, earning me $22.24.

The royalty structure at Dreamstime is pretty unique. Each image accepted into the Dreamstime catalog increases in price as it becomes more popular. Here's how it works: Once an image sells at Dreamstime, it is assigned to Level One. After it's been downloaded five times, it moves up to Level Two. The price increases, and so do your royalties. Level Three starts at 10 downloads, Level Four starts at 25 downloads, and any image with more than 50 downloads is a Level Five.

In addition to the tiered pricing and royalty model, Dreamstime also offers two types of exclusivity. First, if you're accepted as an exclusive photographer, you will earn a 60% royalty on all your sales regardless of the level of the image sold. This is reported to be the highest royalty paid by an online stock photo agency.

As an exclusive photographer, you’re also paid $0.20 per image the instant your photo is accepted. That means you make your first 20 cents before your photo even sells.

** Other agencies - I also submit to Fotolia.com and Bigstock.com. I started with these agencies, as well as with Dreamstime, because they were easier for me to get accepted into than iStock and Shutterstock. However, I make significantly less at all three of these agencies than I do at iStock and Shutterstock. Here are my stats for Fotolia.com and Bigstock.com:

As you can see, Bigstock.com has the highest acceptance rate for me, and it’s my largest portfolio, with 71 images. If you’re looking to start out with an agency that’s easier to get into, I’d suggest starting with Bigstock.com, Fotolia.com, and Dreamstime.com, then once you get the hang of it, move to iStock and Shutterstock.

Personally, I don’t want to be an exclusive contributor to any of these agencies right now. If I only submitted to one agency, I would make more per download, but still significantly less than I’ve made with the income from iStock and Shutterstock combined.

Whether you decide to go exclusive or play the field, the most important piece of advice I’ve got is keep it up. Keep shooting, and keep uploading. The sales will follow.

Makeup Art is all around you and part of many […]

As the number of digital photographers continues to increase, it […]

Before we talk about how to change the look of […]

August 17, 2011
Michelle
Leave a Comment on How to use aperture to change your photos 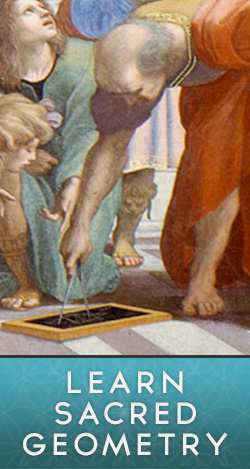 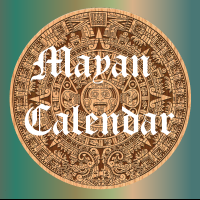